HE the Minister of Justice and Acting Minister of State for Cabinet Affairs Dr Issa Saad al-Jafali al-Nuaimi emphasized the importance of Qatar National Day to showcase the magnitude of the accomplishments that the country has achieved so far.  The festivities come as an exciting way of celebrating the overall comprehensive development of the nation in all areas, as well as the prestigious standing of the nation among internationally known standards. This includes the modernisation, development, and overall excellence in performance of the work that Qatar has done throughout the decades.

Overall achievements include significant developments in the legal and legislative environment, as well as in the latest discoveries in the fields of science and technology. All of these can be seen in the framework of the implementation of the Qatar National Vision 2030 and its comprehensive development strategy. Of great importance to note is that Qatar has been ranked first in the world by the World Bank in its Ease of Doing Business 2020 report.

Despite the commendable achievements that the State has achieved through the years, the government must still continue to improve its performance in all fields of work. This includes boosting the building of a state of institutions as well as the rule of law. The government must also continue its efforts in further enhancing the electronic services for all official government procedures for the utmost convenience and time-efficiency.

Through the years, Qatar has steadily lifted itself up to self-sufficiency especially when it comes to the implementation of infrastructure projects and bridges as well as roads and the Metro network. The continuous building of the World Cup stadiums is not only for the upcoming World Cup Qatar 2022 but also for future international events in the years to come.

All of these would not have been possible, of course, without the resilience, determination, and strong discipline of the Qatari people themselves. The citizens have continuously demonstrated strength and cohesion as well as admirable tenacity to resist and rise above challenges and emerge better than ever. This ensures that future generations will never be in want of loyalty and courage in the face of adversity in all things.

In the future, the country will strive to beat its own records of good performance especially when it comes to developing the aviation industry and signing air service agreements regarding the network of operations of Qatar Airways. Not only will Qatar continue to be a shining beacon of hope and development in the future, it will also be a haven for diverse cultures for all kinds of people the world over. 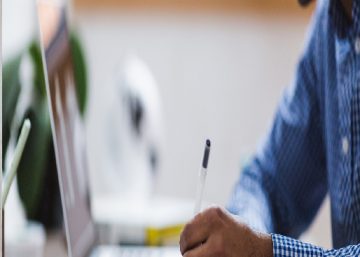