Sales in Qatar Real Estate Soar to QR9.5bn in 5 months Sales in Qatar Real Estate Soar to QR9.5bn in 5 months

During the first five months of 2019 alone, Qatar’s real estate industry has seen a rise in sales soaring up to QR9.5bn, due in part to the booming real estate economy.

According to ValuStrat, a renowned research and consulting firm, there is a reported continuing correction phase that demonstrates the weakening of the rental market. The company’s second quarter review this year indicates that residential rents and capital values have softened.

“Residential capital values have decreased, though the quarterly rate of decline has slowed,” says ValuStrat’s general manager (Qatar) Pawel Banach. “On the other hand, the rental market has shown a relatively noticeable decline, sector-wise rental rates have continued to fall during the first half of 2019.” He goes on to continue that this trend will persist due to the fact that oversupply is in favour of the tenants over the landlords. Because of the oversupply of rentable spaces, tenants will be able to take advantage of more budget-friendly prices and maximize better payment terms in the market. They will also be able to enjoy more competitive rates as supply continues to boost—a guaranteed advantage of a healthy and competitive industry.

“This coupled along with government initiatives such as the introduction of freehold ownership law in the previous quarter could lead to more long-term investments by expatriates in Qatar,” says Banach.

As of the second quarter of 2019, residential spaces rose to a whopping 294,700 units. ValuStrat reports that Lusail, The Pearl, Old Ghanim, Fereej Bin Mahmoud, Musheireb, Fereej Abdul Aziz, Al Kheesa, Al Dafna, Al Wajba and Umm Salal Ali have contributed 1,700 apartments and villas, with even more projected spaces to be completed in the latter half of 2019. Approximately 9,000 units are to be expected, with over half of these planned for both The Pearl and Lusail.

Furthermore, rental fees dropped down to 3% in Al Mansoura, Lusail, Al Wakrah and The Pearl because of the said oversupply. Even secondary apartment and villa locations like Al Wakrah, Al Khor, Muraikh, Old Airport, Al Gharrafa and Umm Salal Mohammad have also felt the drop in rental fees, reaching as low as 13%. As of the second quarter of 2019, Qatar’s ValuStrat Price Index (VPI), which is indicative of residential capital values, is at 72.8 points. Even countrywide residential capital values dropped down by 16.5%.

Apartment capital values have been reduced by 0.4% compared to the previous quarter alone. With the same medium of comparison, villa values dropped by 0.8%. There is also a widespread depreciation for villas in Ain Khaled/Abu Hamour, Old Airport/Najma, Al Wakrah and Al Khor, with a depreciation of 1% to 3% every quarter. May 22, 2022May 22, 2022|BY afrenoQatar prioritises workers’ rights via Ministry of Labour’s initiatives

To make sure that workers' safety and security are a top priority, the Ministry of... 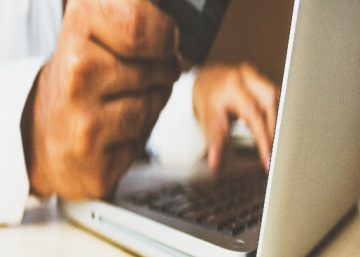 The Qatar Central Bank (QCB) is keeping its commitment to the Qatar National Vision 2030...

Qatar expects tourism sector to gain a significant boost; MOCI shuts down establishments in violation of the lawafrenoMay 4, 2022May 4, 2022 May 4, 2022May 4, 2022|BY afrenoQatar expects tourism sector to gain a significant boost; MOCI shuts down establishments in violation of the law

Qatar Tourism responds to increasing demands in the tourism sector as travel starts up again.... In order to facilitate matters and to make visa status correction more convenient for expatriates,...